Author Dagg details the behavior of many different animals, those near the end of their life. She makes a good deal of generalizations, but in one chapter focuses on the four methods animals use for teaching: imitation, making deliberate "opportunities" to learn, encouragement, and punishment.

Most other chapters include descriptions of adapting, sociability, reproduction, hierarchy, mothering and family, as seen by elder animals. Then the reader discovers amazing stories--interactions and behavior that reveal the wisdom, acquired knowledge, and deliberate teaching that individual animals exhibit, independent of their human connections.

We learn how similar animals are to us, not only in their interest in training the young but in their ability to play-act, or deny emotion when needed, or appreciate music, or play, or initiate brave behavior in fire emergencies, or mourn the death of loved ones.

Our denial of animal emotion illustrates a long history of human ignorance.

One of the most striking examples is the author's description of a big (440 lb.) male lion in the Kenya savanna who was apparently "knocked flat" by a 11 pound cub, who proceeded to grip with his teeth the big male by the throat. The big male pawed the air, groaned, then lay still, while the cub "slid to the ground and pranced off." Then the male sat up and gazed calmly into the distance.

Often, elder males may do battle to stay with their pride, but the loser will go off as a lone nomad.

Turkeys Are Not Alike Here and There 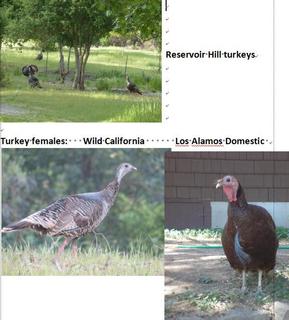 I've had some fun lately painting the flashy patterns of wild turkeys that I've photographed here in the coast hills of California. They are very different from the two domestic turkeys we raised in Los Alamos. When full grown, ours were about the same size as CA wild turkeys. They had a long stiff beard and red waddle, but their body feathers were an even brown color.

This last two weeks--as I walked around our small hill above Stanford on the campus of The Sequoias here in California, I encountered the same large male turkey, gobbling at a steady rate every 30 seconds. Finally, two days ago, the gobbling stopped. Sure enough--there he was with several lady turkeys. Another fellow male or two joined my noisy friend, and they all ignored me as I aimed my camera here and there, trying to get a good shot.

As you can see, I didn't get a good shot. They all, male and female, spread out here and there. Only my one original gobbler posed nicely. Then one morning I heard a few gobbles in the bushes to the left of the huge meadow behind our Sequoias' Reservoir Hill. Perhaps thick brush is the key to raising turkey chicks here in California.

This morning, as I walked the trail around Reservoir Hill, I saw a small pale yellow turkey head and neck disappear down the hill into the thick brush. Ah so! That's why the females had finally emerged." Their chicks are out and about now.

In Australia, they do it up with style. A friend just sent a letter describing how a male Bush Turkey--in one day--scraped up all the mulch her husband had carefully spread over the entire yard. The kind humans left the turkey's huge mound untouched (It can be 3-5 feet high and 13 feet across.) while they went on a trip overseas. When they got back, they discovered that some eggs had hatched.

I googled "Australian Bush Turkey" and confirmed what my friend had learned. Male turkeys there build such mounds in order to attract females who will come to lay there eggs there. The male "maintains the right temperature of the mound by putting on more leaves or taking some off." Turkeys are protected by law and are now common in some larger cities. Wikipedia says they are not related to American turkeys, but they sure look like the wild turkeys here,, with their bright red waddles and black feathers. The California turkeys have an amazing variety of striped patterns, all on one bird.

It makes me wonder if the male turkeys here in California help out with nest building at all. Apparently their gobbling does some good at producing the next generation. The attached pictures were taken of my pet turkey in Los Alamos , several wild ones at the back of our Reservoir Hill here in California, and a patterned female here 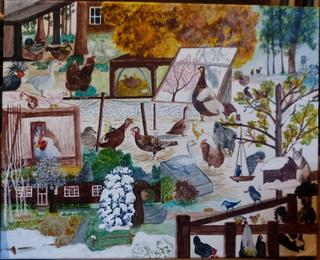 FOND MEMORIES OF TWO TURKEYS, SEVERAL DUCKS AND CHICKENS, A GOOSE, AND HER ADOPTED GOSLING 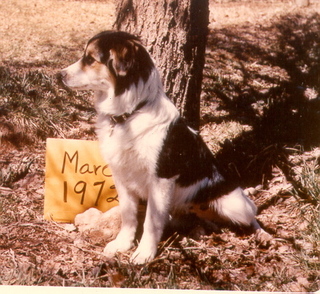 Meeting eye to eye at the shelter did it.
Poncho was with us for many years.
His body language was exquisitly readable. 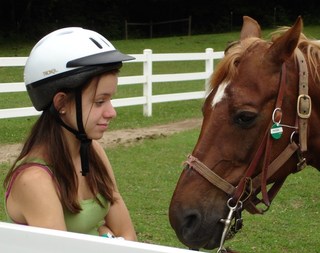 Have some fun practicing horse gaits with your fingers.

Animals communicate with their own and others in an amazing assortment of ways. 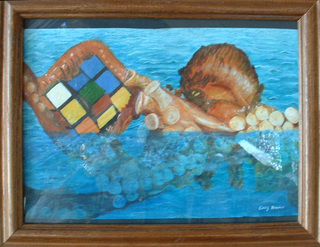 Willy--a dog that listens and understands 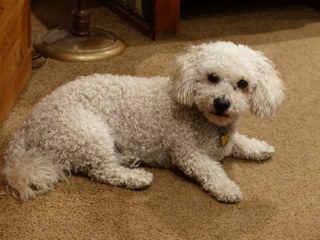 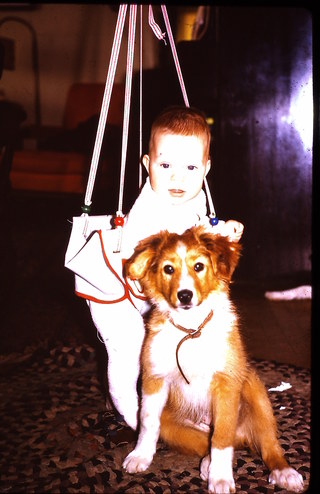 A blog iin the Los Alamos Daily Post about what we share with other animals. A lot has been learned in the last few years, especially after the ground-breakinig work of Frans De Waal.